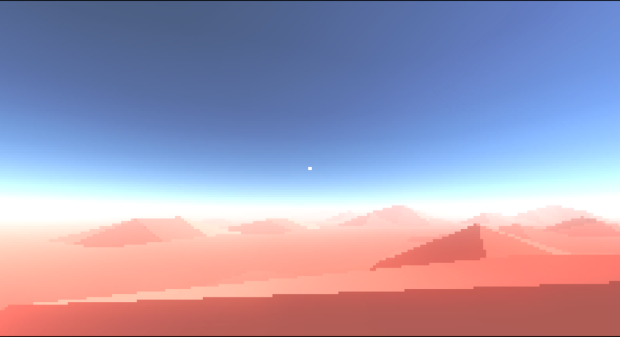 So, my computer broke.

It didn’t break all at once, and it didn’t break catastrophically, but break it most definitely did. I rummaged around inside, replaced a power supply unit, and did the best that I could to bring it to a functional level. Yet whilst I can turn it off and on now, making it a marked improvement on before, it is still very much a broken machine.

I think about that often, the fact that we invest so much into this medium which relies on our broken machines. The economic investment to even afford the technology required to interact with videogames is staggering by any reasonable standards for artistic engagement. That even the tiny games I play for this article cause my computer to overheat and strain demonstrates a clear lack of focus on sustainability and ease of access. Unity is a fantastic tool, and does much to make game making more accessible, but as an engine, it’s so often poorly optimised for any less than ideal hardware situation. There is so much fantastic work being done by individual game makers as a means of combating games culture’s techno fetishistic obsession with forward progress, but when even the tools they build with spring from that harmful cultural well, can we ever really fight against the tide?

The answer is yes, of course, although I often find that hard to keep in mind. merrit kopas’ recent book, Videogames for Humans, takes a look into the work being done with Twine, the most accessible and hardware friendly of currently used game engines. Its success, and its reputation as a vehicle for the stories of the often marginalised, is tied directly into the lack of investment required to create and to experience a twine game as it is meant to be experienced. Unless the infrastructure of the internet changes dramatically, there will be no need for emulators, patches or backwards compatibility to play a game made in Twine in thirty years. And it’s saddening to me that this is a rarity.

The choice in games seems to so often be between the transient stability of a console, a walled garden device that will wither, die and be forgotten (Mobile Phones belong in this category too), or the expensive impermanent power of a PC, that will last as long as you can afford to pump money into it. And the vast majority of the most intimate and important games, never leave itch.io, or gamejolt, or a person’s website on which they host their files – I must pay multiple hundreds of pounds for hardware, before I’m even allowed to throw a quid or two their way. Tiny pieces of a person, trapped in our broken machines.

And that’s my conflict. Sites such as itch.io, and so many good people I follow on twitter, are working tirelessly to build a sense of stability and accessibility into games, to undo decades of hideously privileged classist assumptions baked into the ethos of the medium. But it runs so deep, the cultural and technical infrastructure is building from a society defined by its capitalist inequality, that it’s sometimes hard for me to decide this is a fight worth all of our time and energy.

I’m going to open my computer up and see if I can fix it again. I can’t afford a new one.

There is no right thing to say. A gap exists between two people and it cannot be bridged by trying. But the clock has not finished ticking, and social convention dictates the both of you must see this conversation to the end. So you press on, despite knowing your words are hurting the both of you equally.

Hot Date captures this moment of fear and resigned sadness perfectly. It has a humour to it which is a mere reflection of the common emptiness of dating, the difficulty of making these forced connections. But it cannot succeed on the flipside. Its generated conversations can simulate the emptiness but can’t come close to grasping the hope and joy that comes when a human connection is made. 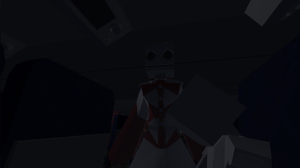 Portrayals of Air Travel mesh so often with the surreal and the dreamlike. A plane is somewhere in the between, lacking the immediacy of control or tangible sense of travel that you would find in say, a car. You could sit awake in the tiniest of spaces, and become intimately familiar with every facet of its construction, or you could immediately close your eyes, and wake upon another shore.

Air Time renders both of these extremes at the same time, a dream that passes by, which you come to intimately understand. It condenses the idea of air travel into the view from one single chair.

And if there’s nothing else to do, you can always mess with the pretzels. 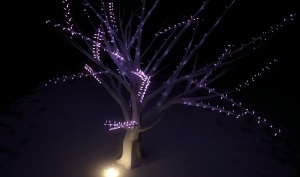 There is no twist to The Yearning Tree. It presents you an object, contextualises it with its calming music, and allows you to make of it what you will. It exists as a conduit of relaxation, something to focus on, a pleasant object to learn the intricacies of for no reason other than it is good to know.

The Yearning Tree, ironically, does not want to be more than it is, and it wants you to be okay with that.

It just wants you to be okay. 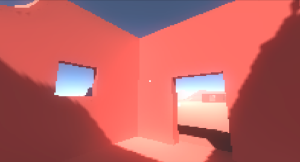 Drifter is a beautiful game. The desert stretches out ahead forever, as it is wont to do in games such as this, but the blocky, psone filter imbues it with a sense of individuality.

There’s something about waiting that terrifies me. The empty space between the preparation and the doing cannot remain empty for long, and so it fills itself with all sorts of insecurity and rumination. Go Long sits in this space, this hurried infinity, before bursting into its cathartic escape.

Suddenly, the thing being prepared for doesn’t matter any more, and escaping that preparation is a victory in and of itself. In Go Long, the race doesn’t matter. To run, is to win.

It’s been a long time since the last one of these, because of the broken computer situation! Hopefully I’ll be able to do more soon, but no promises. These will come as and when my situation can support it, which is a shame, but in my current state, the best I can do.

Luckily, it’s not like we’re suffering for a lack of the #content here on these Abnormal shores, here’s the goings on around these parts:

Jackson’s work on Abnormal Mapping is funded by Patreon. If you enjoy it, and want to see it continue, then click here to help fund him!